The future of future for money and society. 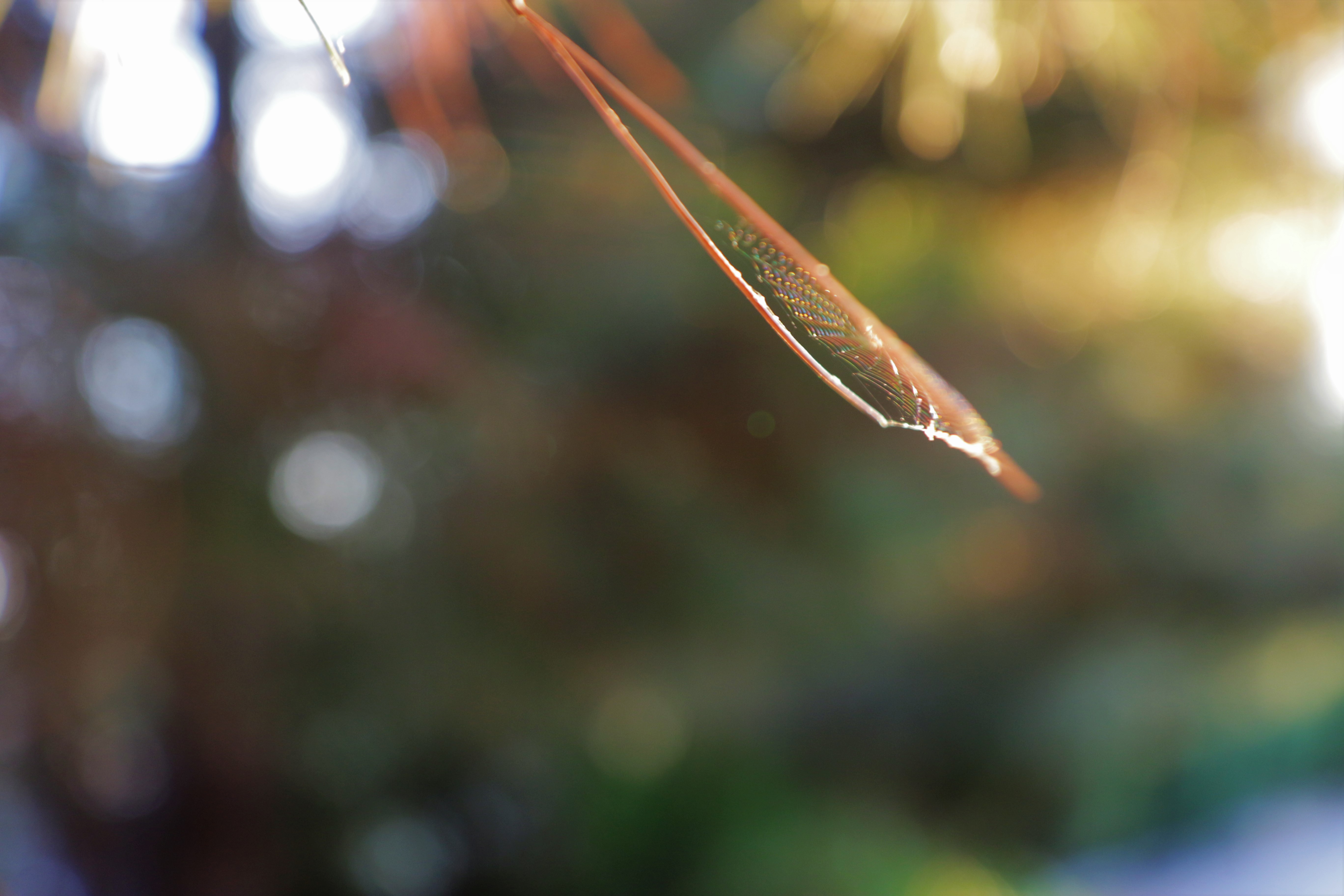 The future of money and society is a particular issue because of its significance and I think that it has been mentioned a lot particularly in the last week but if we have to choose something to continue our discussions thoroughly is exactly the future again. Developments in recent years in technology have brought major reclassifications in the field of the economy as in other sciences as well as in our everyday life.

Also, with Combination new Technologies like Artificial Intelligence (AI), Internet of Things (IoT) will maximize trust in currencies. In a near zero marginal cost (Jeremy Rifkin, 2014) from the future networks of energy and transportation all in decentralized platforms of IoT with Blockchain technologies for money, contracts and credits.

With digital currencies, we decouple the need for large, trusted institutions from the architecture of the network and this pushes innovation in money out to the edges, where it belongs. Digital currencies democratizes money and because of this, things are going to change and unfolding ways that we can't even predict.

Furthermore, democracy will be revolutionized by the Blockchain.  Online voting for democratic elections will become possible with distributed ledger technology that  can certify our identity. The anonymity, convenience and uniqueness of the vote is ensured by the Blockchain. In the near future, when we’re born, an entry will be made in the Blockchain and a link to our DNA record will be permanently created.  Our educational and any other abilities will be added throughout our lives. Nevertheless, there will be issues that should be regulated such as the privacy of personal data and sensitive information. On the other hand, fraud will be dramatically reduced, crime will become much more difficult and identity theft and misrepresentation will disappear.

In present there is a problem with energy consumption in Bitcoin mining but in future with the use of less energy Blockchain technologies like IOTA currency which is used in IoT industry or with quantum computing,  this  will become environmental friendly.The model of IOTA currency promotes the sharing economy.  The basis of this model is: when something I do not use and I do not need it, someone else can use it. This applies to everything from a simple user, eg. car owner up to industrial companies. This new fine-granular sharing economy has profound implications for business models and ownership itself. Individuals and machines pay for exactly what they consume when they consume it. This results in the production of durable products and easily recyclable. This is a new type of model economy.

Every person with a connection is continuously generating astronomic quantities of data while interacting with websites, apps or connected objects. This data is often private, but also very valuable for freemium services to harvest and sell to others, E.G., target advertisements on social media.  In our rapidly changing word, the heart of this change is the information technology.  The information flows freely between millions of consumers and producers. Capitalism believes that all good things depend on economic growth and its secret of success is that no central processing unit monopolizes all the data on any supply(Harrari,2015). But capitalism is a failed model, and this is proven by reality.

The need for a new economic model is obvious. A revolutionary model of economy that has the potential to completely reform our well-known concepts of labor, production and value and that will destroy a market-based and privately-owned economy. A large number of people change their behavior, discovering new forms of ownership, lending and doing business that are distinct from, and contrary to, the current system of state-backed corporate capitalism. New forms of goods and services appear like parallel currencies and time banks, cooperatives and self-managed online spaces.

In this new world that comes, the bet will be how people think more imaginative ways about their future. If we broaden our horizons instead of narrowing them, we may not be sure about the future of job market and generally the economic system but  we will be aware of a much wider spectrum of options and how or in which to focus on our chaotic world. Perhaps, with decentralization, we will be able to change the world without taking power(Holloway,2002). I believe that decentralization is one of the cracks in capitalism (Holloway, 2010).

The Zero Marginal Cost Society: The Internet of Things, the Collaborative Commons, the Eclipse of Capitalism, Jeremy Rifkin https://www.thezeromarginalcostsociety.com/ 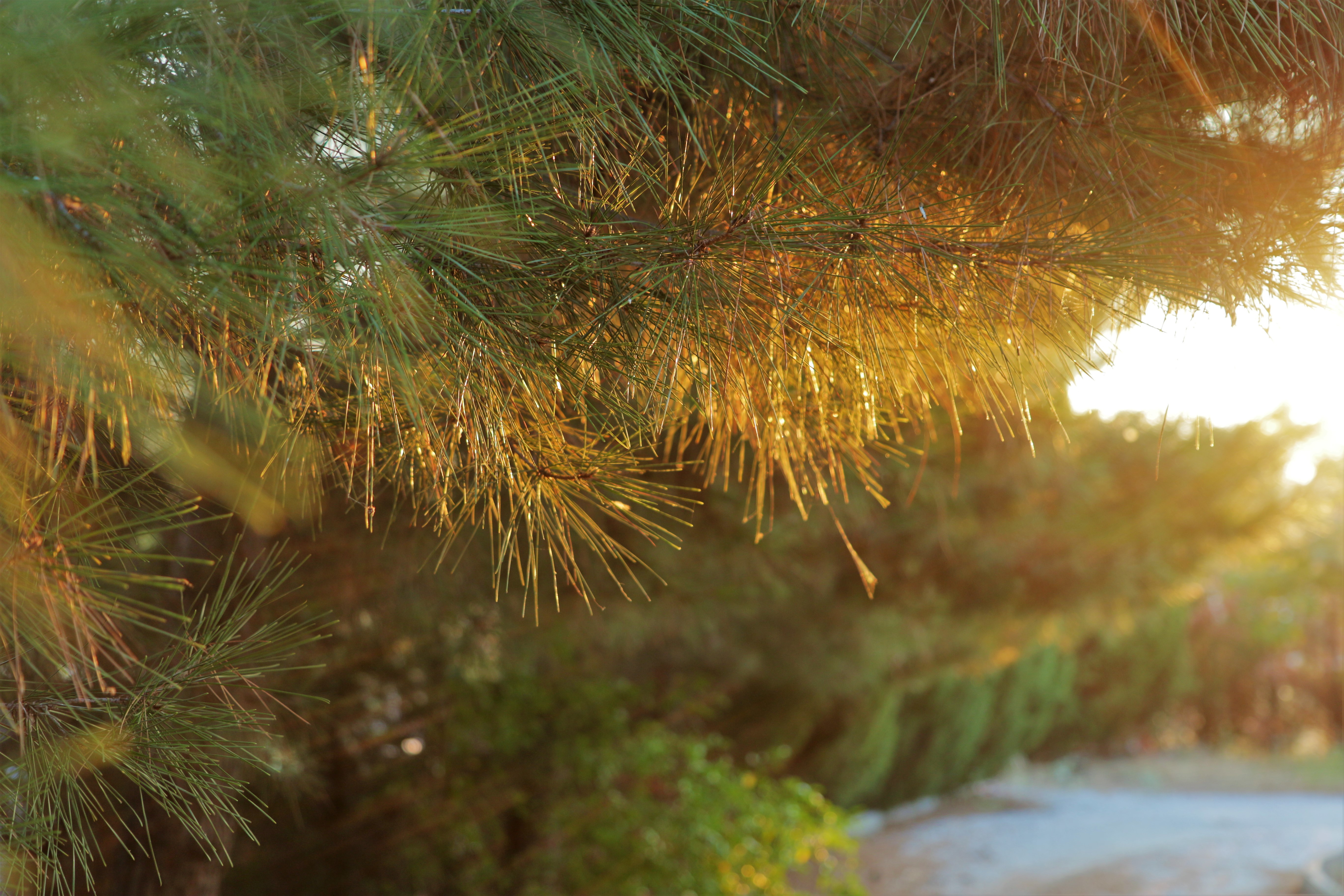 One day, one moment was enough to erase everything. I wonder, however, what that move has finally erased. Only money or something else? Now, just a year later, I begin to understand what really happened to us.

Today, I passed through my old neighborhood. People were smiling and calmer than ever! In our small park, the one we played small, around the apartment buildings, the residents, the neighbors, known and unknown,  gathered together. They fanned, danced, laughed. The weather was their ally, a cool breeze that made the leaves also moved to the rhythm of music. Like a conspiracy of physical and metaphysical presence that is in perfect harmony. A spontaneous fiesta, like those of the good old weather, when people were close to each other in joy, sadness and need.

But why did these people celebrate? Most of them deposited the savings of one life in banks, bonds and other financial products. And at that moment, just a year ago, they all lost them. Or maybe not .....

Finally, although people were very difficult at first, they later discovered that the meaning of life is not numbers but the time we consume around us. The real value of their lives was revealed in a moment of internal clearance.

How did we get here?

This Assignment was wrote on next request:

Imagine an elite anarchist hacker cell created a virus which overnight wiped out all electronic records of currency of all types, including deposits, loans, and many derivative contracts stored electronically. Imagine one year later, you are cycling around near your home. What would things look like? What would people be doing? Write no more than 400 words describing the scene, with some comments at the end of your description on why you think this would be the situation. Be as creative, descriptive and poetic in your prose as you wish.

In Science we Trust! (An optimistic scenario) 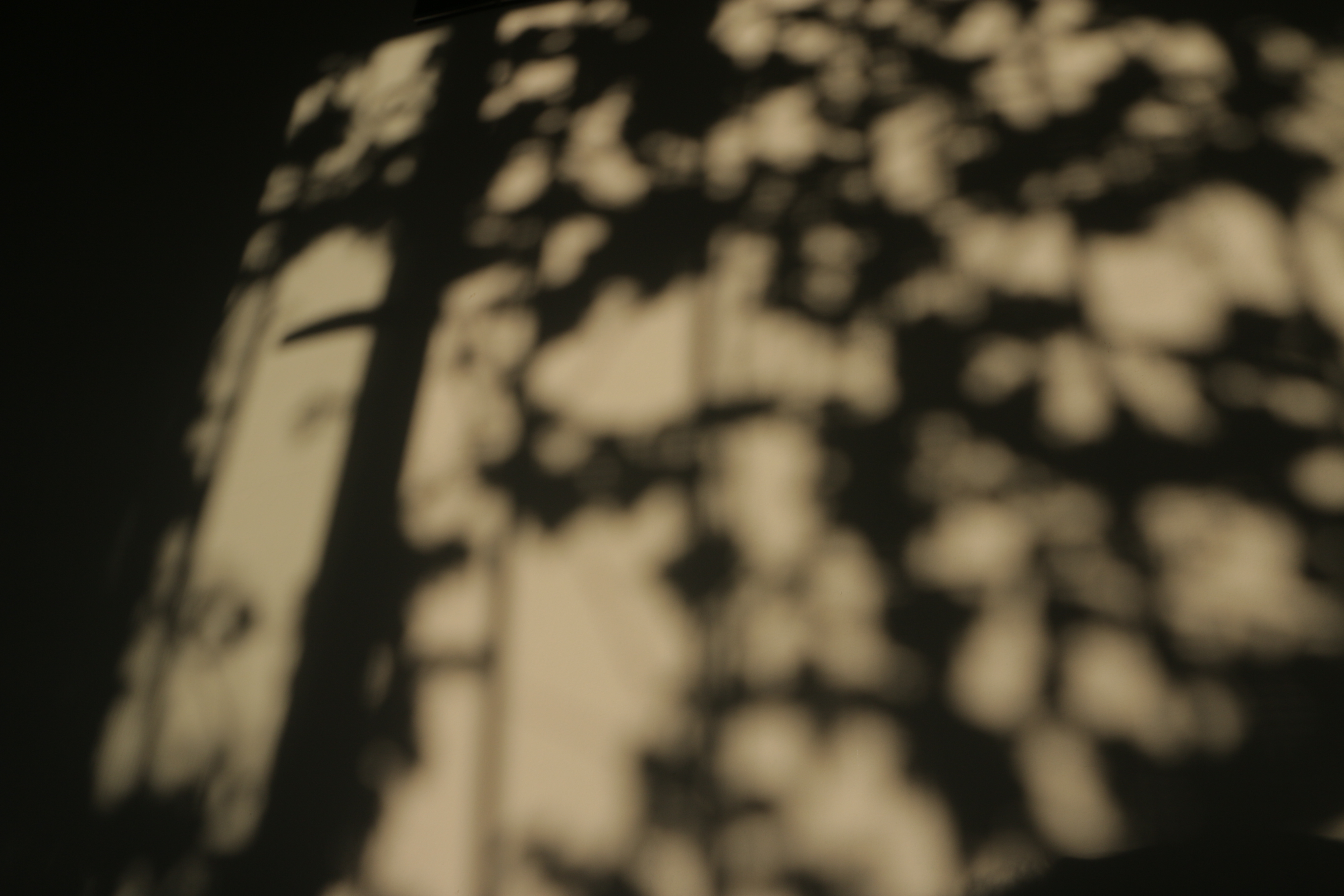 Let’s talk about money with an estimate of 630 Trillion $ in Derivatives Markets (contracts that derive value from the performance of underlying Assets, Indices Entities) and maybe up to 1.2 Quadrillion $. (Our Current Situation)

What is the main factors influencing monetary history?

Examples from monetary history (Numbering relative the Law and Rules)

I believe that the giant hierarchies (vertically integrated organizations that dominated the 20th Century economy) are responsible for the anomalies of current economic history. Furthermore, the shredding of vertical value chains, the creation of vast new horizontal value chains and the social change of people preferring access to common ownership, bring massive economic and social changes to business and society. It's people and communities who are at the heart of the new economic paradigm. People all over the world are building the collaborative economy . This kind of “anarchy” will free the world from Capitalism. “We have a chief, an invisible Christ, science” (Bacunin,1882) .

God and the State, Mikhail Bakunin

The Zero Marginal Cost Society: The Internet of Things, the Collaborative Commons, and the Eclipse of Capitalism, Jeremy Rifkin  https://www.thezeromarginalcostsociety.com/

You can also view Jeremy Talks at Google https://www.youtube.com/watch?v=5-iDUcETjvo

If you are new in Digital Currencies try Andreas Antonopoulos video https://www.youtube.com/watch?v=qkxdys-Ek9U 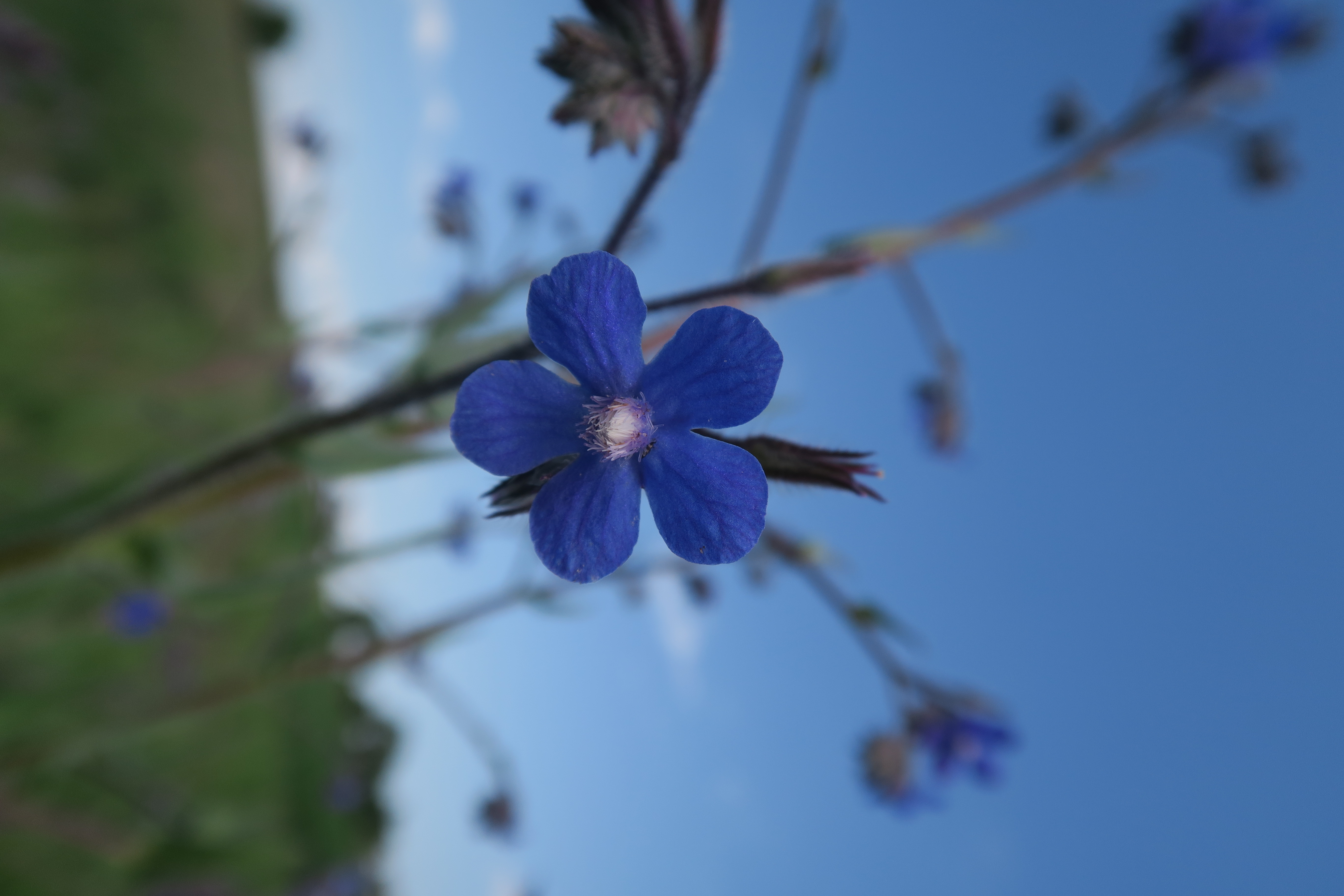